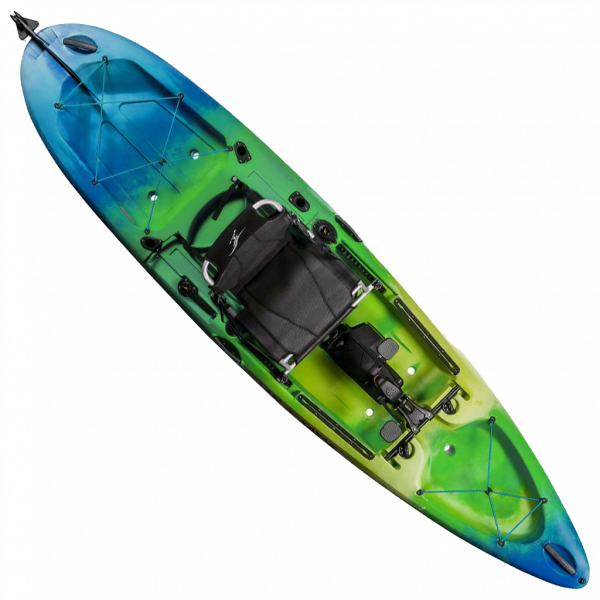 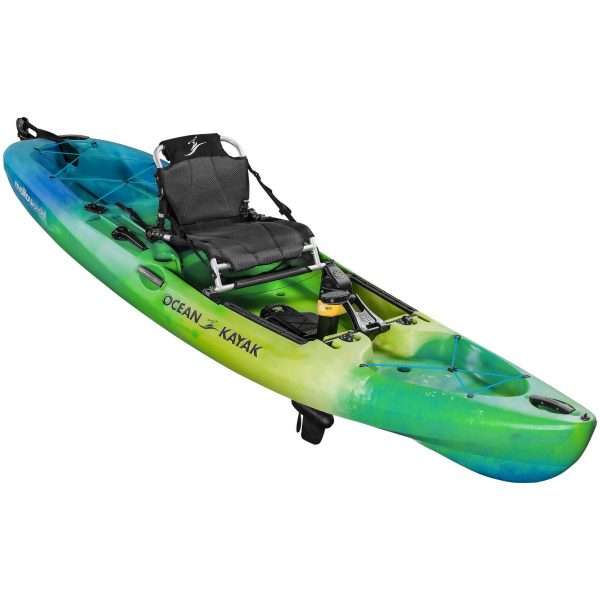 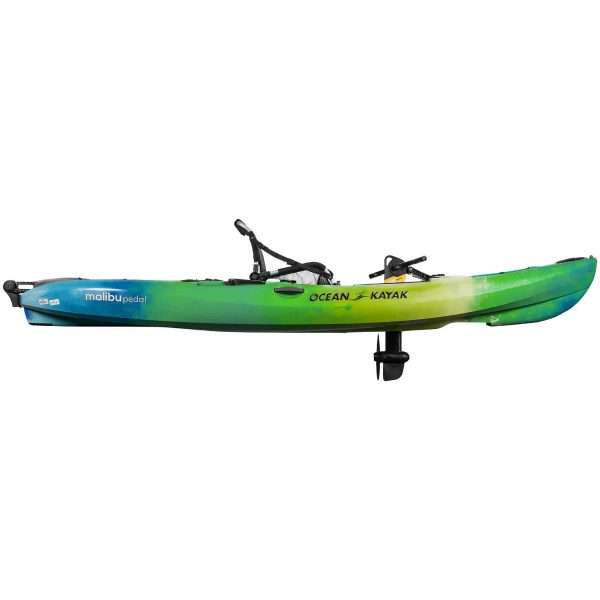 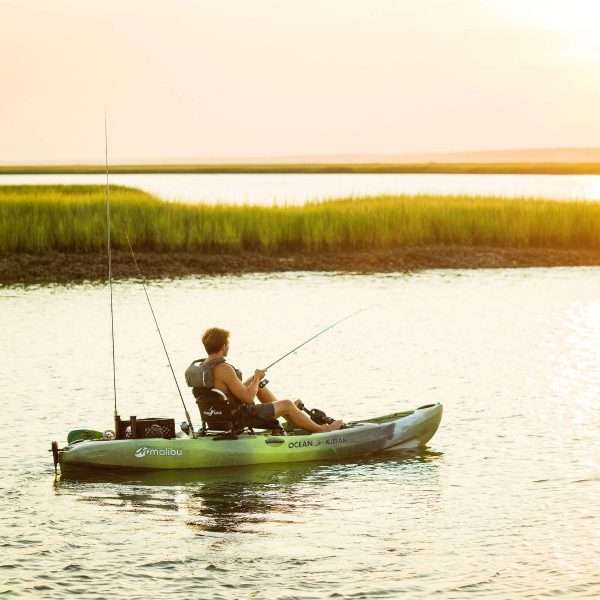 The Malibu Pedal might just be the most fun you can have on two pedals. The fun and zippy Malibu hull is complimented by thoughtful fishing features that make this a true do-it-all pedal kayak for the entire family. It’s fast, it’s maneuverable, and it turns any outing into an adventure!

In 1971, in a backyard in Malibu, California, our original founder took an old surfboard and carved out two places — one to sit in and another for his scuba gear. That's right the Ocean Kayak was born thanks to a passion for scuba diving. But as this craft was seen on the water and on the beach, people began to inquire. Originally built as a fiberglass kayak several people started asking how they could get one. In the mid-80s the operation moved north to Ferndale, Washington. Once in Ferndale, we started looking at ways to mass produce the kayaks. Rotomolding was the answer. Rotomolded polyethylene allowed us to make a tougher — practically indestructible kayak at a price that most people could afford. We started with only one model – the Scupper Classic - but quickly designed on new models to add to our line. Early on, people laughed at our boats. After all, Ocean Kayak didn't look anything like traditional kayaks. But when they took a second look they noticed some of the advantages. Unlike traditional kayaks, a sit-on-top kayak features an open cockpit that is easy to get in and out of and doesn't require you to learn how to do an "Eskimo roll." The sit-on-top is open, non-confining and more welcoming to people who have always wanted to try kayaking but may have been nervous about being trapped in a sit inside. We started taking our boats to resorts all around the world. While on vacation first time sit-on-top kayakers would have a fun time paddling an Ocean Kayak. Because we molded our 800# into every boat…vacationers would return home and call us to tell us how much fun they had…and ask where they could get an Ocean Kayak of their own. Word spread and by the mid-90s we were making and selling boats as fast as we could. Today, tens of thousands of boats later, we're one of the world's biggest manufacturers of sit-on-top kayaks. Our operation is located in Old Town, Maine, but we distribute kayaks all over the world. As we move into the future we plan to continue to innovate and design our boats to get more people out on the water and enjoying the sport of kayaking. 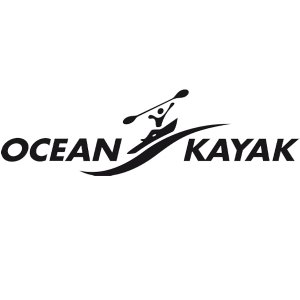